The second-hand clothing store was opened during February 2010 in Khayelitsha. This clothing store is unique as it caters for both men and women. The clothing is of high quality and very cost effective.

The workshop activities put people and their community, rather than profit, at the centre of their goal. The second-hand clothing store is also another opportunity to generate an income to further their social goals. The profit from these stores could be used to support the workshops’ social aim. Clothing for these stores is predominantly obtained via donations. The local manager and members at these workshops manage the day to day running of these shops which include pricing the goods. The role of DWDE is to assist the different workshops mainly with sourcing of good quality clothing, training of workshops members, in marketing, financial and business management. 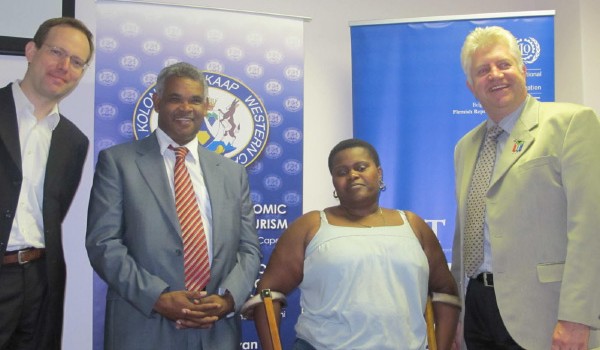